The chateau du Ferradou.
Blagnac is a suburb of Toulouse. From downtown Toulouse,once there, take the D2 north and turn east on Chemin du Moulin de Naudin then north on Vieux Chemin de Grenade. Take the path SE to the castle, which is in fact a co-ed private school.
Town of Blagnac
The survivors of the US B-17 SN2102463 from mission 441 were held prisoner in the cellars of this castle in June 1944 after having been shot down by German flak over Cornebarrieu on June 25th 1944. With thanks to the eight American survivors who visited the site on June 25th 2001 and in memory of drafted Lt HM Gnessin, killed at 24.

Notified by : Pascal Daussin.   Record added 24/07/2013.
Photos : Pascal Daussin (01/07/2013).
The photos are under copyright. They may not be reproduced, modified, distributed in any support without prior permission.
You are free to make links to this page. 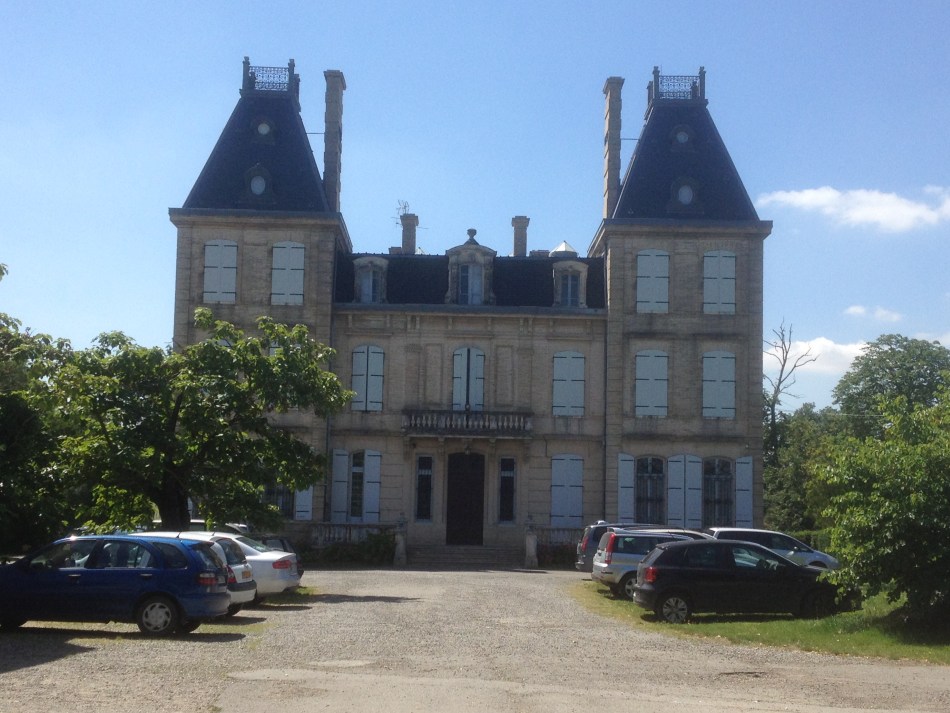 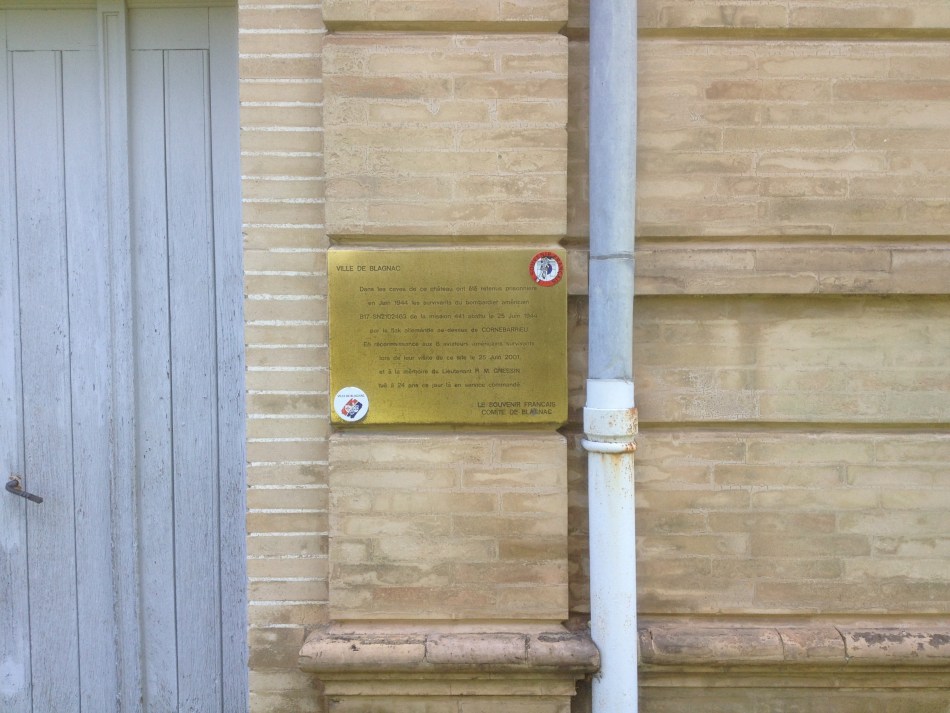 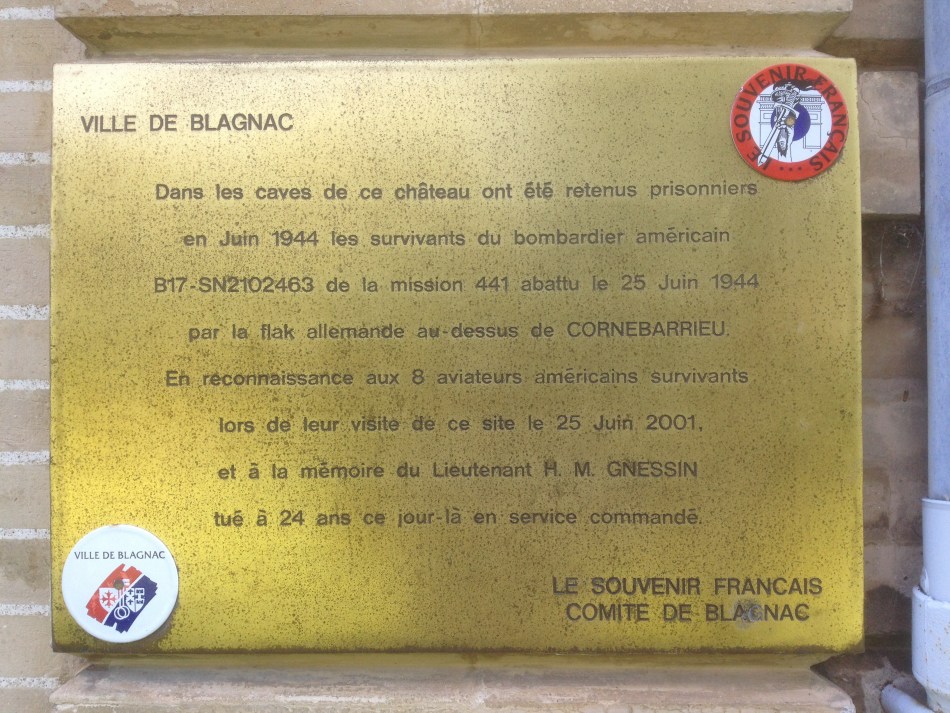