The island's aeroclub and airfield contains a US memorial.
In memory of the three Allied aviators who fell in the area for the defense of our liberty on June 28th 1943
In passing, brother, wake up and pray

Boeing B-17F NĀ°42-29887 Ā“MehitabelĀ”
Franck W Hanan, Marwyn A Ranum, Edward R Tuminiski.
Source : Louis and Philippe CHARTIER published in Belle-Ile Histoire.
On June 28th 1943 Lt D. Copeland and his crew were tasked wtih bombing over St Nazaire's Ā“Flak AlleyĀ”. Just before they reached the target their P-47 escort turned back for fuel and things started getting dicy as German Me-109 and Fw-190 fighters showed up. Copeland's plane was hit right away. The 20mm shell wounded Lt Shanley's hand and arm. Then three direct flak hits on the fuselage wound several more crewmen before the plane even reached its target. The navigational controls are damanaged and the plane started spiraling down to the right before being righted far away from the formation. The German fighters closed in like wolves on sheep.
Two engines caught on fire, negating any chance of reaching England through Britanny and the pilot decided to fly back to land in order to bail out.
The arrival of the wounded fortress over the island was gleefully acclaimed by scores of shells lobbed by bored artillerymen. Copeland ordered the remaining seven crew to bail out.
If they weren't immediately captured they could seek protection from the locals but the small isolated island quickly dispelled any notions of escape. The crew end up in a fortress built by Fouquet that held communists and Germans during WWI before turning to other prey according to the whims of history. It is now a museum.

Notified by : Olivier MacĆ©.   Record added 25/04/2007.
Photos : Olivier MacĆ© (09/05/2004).
The photos are under copyright. They may not be reproduced, modified, distributed in any support without prior permission.
You are free to make links to this page. 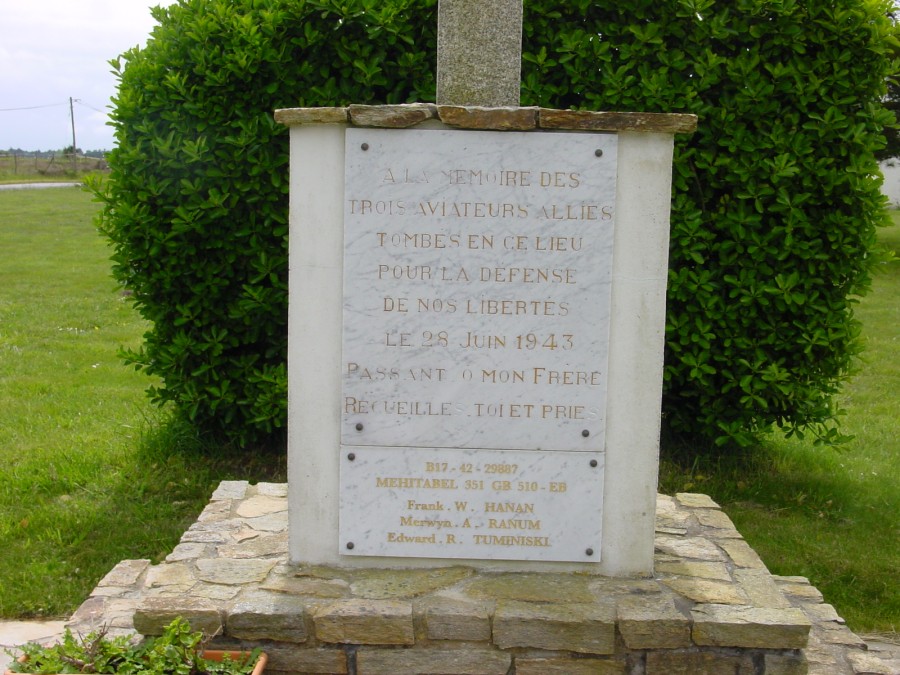